How to be successful with cryptocurrency faucets

How I started with faucets 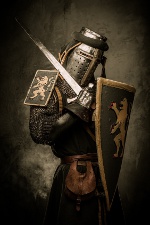 It was about three years ago when I first entered into contact with virtual currencies. The first ones I found were centralized currencies that were built up around a single site or around a matrix of sites. I was fascinated by the fact that on the internet any type of currency could exist. I studied their ecosystem and also evaluated their chances of success. I even wrote an e-book about them. Some of these currencies still exist, others have disappeared completely, new have appeared.

It is only about a year later that I discovered bitcoins and altcoins. I started with claiming from faucets and was very happy to get my first satoshis. From then on, I could not really leave it alone and I dedicated more and more time to it. With time I realized that I would never manage to earn something significant by claiming from faucets. So I thought what I could do about it. I bought a software, built up a small web page and started a faucet rotator. It was the first rotator which contained only Xapo Faucets. It was a success because now I was earning referral commissions from the people who used my rotator. This rotator still exists even if it has evolved since the beginning (http://www.ref-hunters.ch/rotator/xapo/xapo.html). The problem was the difficulty to bring people to this rotator without investing into ads. I realized that having a faucet myself would allow me to market my rotator. So I tried to figure out how to start a faucet. This was not that easy because I knew nothing about php, config files or api's. So I just tried and finally managed to put my first doge faucet online. For you it is much easier, you just have to follow the instructions in the course (Set up your own crypto currency faucet) which I built up for you. Now I had a faucet and I put a big advert for my rotators. In the meantime, I had built new ones. Since there were very few rotators out there at the time, I was quite successful. So I thought it would be great to be able to invest my coins to make them grow. Well that was a very bad idea. I invested in some investment pages which turned all out to be big scams. Investing and cryptocurrencies just do not match well so far. So I tried to figure out how to make additional income with my faucet. I started by putting additional referral links to my page and earning with referral commissions. This worked quite well but again there were problems. The faucets had just a very short life span. As soon as I had an interesting number of referrals together, well the faucets tended to dry out and all was for nothing. With time there were always more faucet rotators around and I could not cover the expenses of my faucet anymore. So I looked at the very successful faucets and tried to figure out what was the reason for their success. Then I adapted my faucet accordingly and little by little I managed to make some profit.

It took me a lot of time and a lot of funds to finally manage to earn some money with a faucet. The crypto currency world is constantly evolving and the faucets evolve with it. There are currently thousands of faucets on the net that you have to compete with. There are bot armies attacking you. There are hardly any secure places to put your coins. So it can be quite discouraging at times. So if you want to start your business, you have to be aware about these things.

But hey without risks there are no chances and if you follow my courses, you will have a big head-start for your faucet business. At the moment, I offer the free course Set up your own Cryptocurrency Faucet which teaches you the technical steps to build your first faucet. Then I offer a second course called Design your faucet and make it profitable. This is a paid course that you can buy for 18 $. For the first twenty people who enroll there is a 50% discount. The discount code can be found at the end of the free course. In this second course, you learn how to change the design of your faucet, how to place banners and how to make them stand out. You learn how to adapt your template so that you can put the ads into the strategical places. In addition, you will be thought how to implement new templates to your faucet.

At the moment I am working on a third course which will be about the strategies of running a faucet. How to increase the income and how to generate traffic. Before I create this course, I first want to be sure that there is a demand for it, because it is a lot of work. So feel free to post a comment below and tell me what you would be interested in.

There are several ways to be successful with cryptocurrency faucets and they will be presented in this blog.